Cabuchon is a division of Design & Form, and this year marks the company’s 35th year in business. Consequently, we thought we’d take this opportunity to look back at the history of the company, and at some of the key milestones on its journey to become what it is today.

Design & Form was founded in 1983 by the experienced British product designer, Jeffrey F. Harrison. Jeffrey quickly established a reputation in the UK for designing and manufacturing mould-breaking, high quality baths – designs that put the emphasis firmly on comfort and performance.

His philosophy, which  still governs our work today, was that function must always come first – with beauty and style running a close second.  It was his vision that Design & Form should be a vehicle for raising quality standards in the bath industry – in terms of a baths’ conception, production and utility.

The company began with four staff and Jeffrey as MD. It offered a bespoke manufacturing service and operated UK-wide.

An important early client was the American-based luxury bath business, Kallista Inc., which commissioned Jeffrey to design a new range of bathtubs that exemplified the principle of putting comfort and utility first. Working to his designs, Kallista launched its new range of luxury baths, which were manufactured mainly in California, and featured matching basins and taps handmade by specialists in Italy, France and Mexico. The brand soon developed an enviable reputation.

When, in 1990, a large international business made an offer to buy Kallista, Jeffrey invited one of its founding partners to join him as consultant. The newly enlarged team then set about introducing a raft of further innovations. By now, Design & Form was becoming much more like the company we know today. 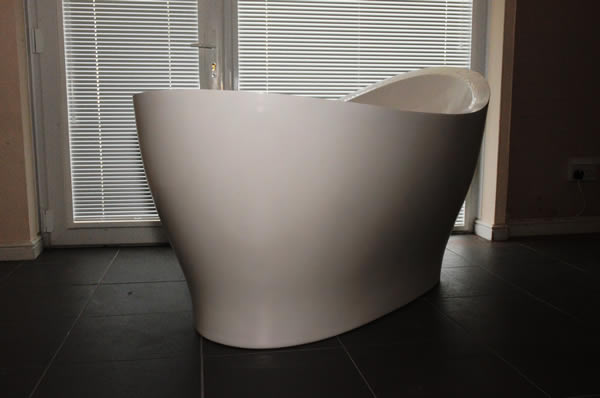 One of the most important developments was the decision to re-examine the materials available for luxury bath manufacture. Concluding that all the existing options had significant limitations, we commissioned an industrial resins specialist to develop a completely new formula for a high performance composite. Our key requirements were that the new material must exhibit outstanding heat retention – far better than acrylic, from which most baths are made – and that it must allow finer detailing. Other requirements included better strength and wear resistance, improved dimensional stability and the option to produce the material in different colours. The result, of course, was FICORE™, which went on to become one of the company’s hallmarks and a key factor in our subsequent success.

This step-change occurred in 1991, at about the same time that we were completing our designs for the world’s first modern deep soaking tub. This combined the space-saving and deep-soaking advantages of the traditional Japanese ofuro with the benefits of modern materials and ergonomic design. The result was the Imersa.

The marriage between this innovative new style of bath, together with our revolutionary new material made the Imersa an immediate success. Initially, it sold through retailers across the UK, and such was demand that we quickly introduced plans to produce the bath in a second, larger size.

In the same year, recognising a need to draw a distinction between baths such as the Imersa and the company’s bespoke design services, we registered  the brand name Cabuchon® Bathforms. Principally, this was intended to enable a separation of marketing effort; Design & Form would continue in its usual role, while Cabuchon would focus on selling a growing range of ‘standard’ but customisable baths. The move coincided with our first significant export sales.

In 1993, Jeffrey sold his share of the business and retired. In the same year, we took on our first OEM projects, producing luxury baths for such brands as Max Pike, Sanitan, Adamsez and Czech & Speake. This side of the manufacturing business grew steadily and our first major OEM customer is still working with us today as one of our largest single customers.

In 1996, we developed a unique  range of Hydrotherapy  Systems. This was in response to repeated customer requests and in recognition of their obvious affinity with our deep soaking tubs.

In 1999, we introduced a new facility enabling customers to choose the rim size on any square-cornered bath in the Cabuchon range. This meant buyers could have the external dimensions modified to suit the space available in their bathrooms, whilst leaving the internal configuration unchanged. This proved immensely popular and reinforced our ‘tailor-made’ credentials.

2000 saw a marked change in our strategy, when we realised that the bulk of dealer showrooms offered an inadequate service to potential customers. Most of their sales staff failed to convey or even understand the extent to which Cabuchon baths could be modified – in terms of colour, rim size and the incorporation of added features such as hydrotherapy systems. We saw that we could offer a superior customer service by dealing with customers ourselves, so we chose to discontinue relations with the majority of dealers and sell direct instead.

To assist with this change of strategy, we launched our first new Cabuchon website in 2001. This not only helped customers to understand the full extent of our offering; it also played an important role in bringing our products to an international audience. Shortly after its launch, export sales boomed and Cabuchon baths were soon being shipped to customers in Europe, America, Australasia and the Far East.

Since then, Design & Form has grown steadily, despite the recession of 2008, during which an estimated 40% of the world bath trade disappeared. While many manufacturers quietly went out of business, we continued to innovate, introducing new Cabuchon bath models and exploring new markets. In 2009, for example, we launched a series of successful innovations with respect to built-in baths. In the following years, we extended our range with models such as the Pleasance, the Elysia and the Talisien free standing baths, together with new additions to our market-leading deep soaking tub range. The Nirvana became our best selling tub worldwide, and we introduced our fifth generation soaking tub, the Yasahiro, in 2015. 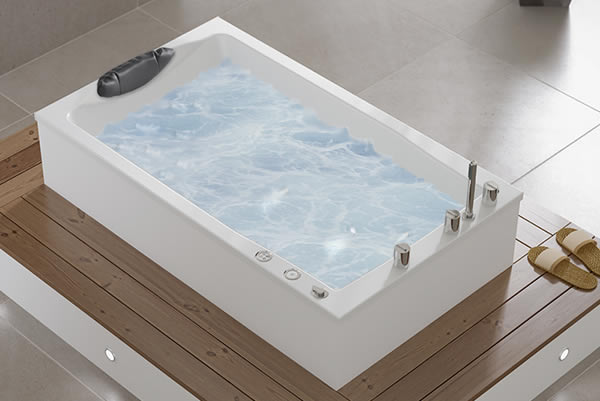 The Yasahiro – our fifth generation soaking tub, here pictured with a Hydrotherapy System.

Today, our expansion and our innovation continues. We have better equipped premises, we have a more extensive workforce, and we have made improvements to our showroom and customer parking facilities. We are also now working on a new diversification strategy which will introduce greater choice across the whole Cabuchon range.

Next year will open a brand new chapter in our story.